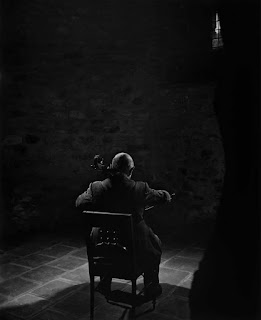 In his 2008 book, Outliers, Malcolm Gladwell attracted a great deal of attention with his 10,000 Hour Rule, which asserted, based on research by psychologist Anders Ericsson, that it takes 10,000 hours of deliberate practice to achieve mastery in a field. Gladwell cited the Beatles and Bill Gates as examples. The Rule subsequently drew substantial criticism, including some from Ericsson himself, and Gladwell later clarified that mastery depended on natural ability as well as practice. But he maintained his insistence that a great deal of sustained practice was still essential for mastery.

The number 10,000 has cross-cultural mystique. In Asia, it is special because it means a myriad. In Japanese, 10,000 is written 万 and pronounced “ban.” Banzai! 万歳 is a shortened form of Tennōheika Banzai! 天皇陛下万歳, “May the Emperor live for 10,000 years!”, and expresses great celebration or applause. I was the first grandchild on my father’s side (and the first son of the first son of the first son, which matters a great deal in Japanese families), and when I was born, my grandfather, Aoki Sadayoshi, cried out, Banzai!

A Bruce Lee quote regularly recycled on the internet is, “I fear not the man who has practiced 10,000 kicks, but I fear the man who has practiced one kick 10,000 times.” It’s a little ironic in this context, since Gladwell specifically exempted sports from the Rule, but Lee’s sentiment is a received truth in the martial arts, in which the necessity of years of deliberate practice has been empirically verified countless times across systems, cultures, and centuries.

Yet the fuss about the 10,000 standard to become a master, whether positive or negative, misses central tenets about karate exactly because it’s about mastery. The crucial counterpoint is provided by the great Shōtōkan sensei, Ohshima Tsutomu, who wrote that a karateka must practice a kata 10,000 times or more before they begin to understand its meaning. Beginning to understand something is almost the opposite of mastering it; in fact, beginning to understand something means understanding you are far from mastering it. Ohshima drives his point home by continuing with “You must practice your favorite technique 100,000 times before you can use it in any situation,” which makes Lee seem like a piker. If Gladwell is correct that sports can be mastered in much less than 10,000 hours of practice, then it’s one more hint that karate is not a sport. Higaonna Morio, the famed Gōjū sensei, has practiced karate for more than 60 years, yet when talking about his own practice, he smiled and shook his head gently and said, “Need more training.”

Of course, the crucial and typically Japanese paradox is that such an admission, by a karateka of such extraordinary ability that he has been named an Intangible Cultural Asset of Okinawa, is the mark of a real master. This kind of mastery defined by needing more practice is by no means limited to karate. The legendary cellist Pablo Casals was once asked, “Mr. Casals, you are 95 and the greatest cellist that ever lived. Why do you still practice six hours a day?” He answered, “Because I think I’m making progress.”

Perhaps it’s in large part because I am already an old man of 60 myself, but I firmly believe that is the reason to train. If I practice a kata every day and never miss a day, it will take over 27 years to make 10,000 repetitions, over 27 years to begin to understand it. I may well not even live that long. I can’t be concerned with mastery, which will always remain elusive; I can only keep trying to make progress.
Posted by Doug Aoki at 10:44