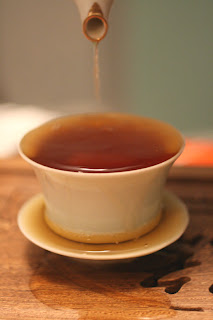 The late Trevor Leggett, 6 dan (sixth-degree black belt) in jūdō 柔道 and 5 dan in shogi 棋 (Japanese chess), was the head of the BBC Japanese service and a brilliant writer on Japanese culture. He was awarded the Order of the Sacred Treasure by the Emperor of Japan for his contributions to Western understanding of Japanese ways. He once said:

We are given the chance in jūdō—there is a tradition—to practise emptying the mind. After the jūdō practise, when you are pouring with sweat and blood you practise sitting still.... To be able to empty the mind, like a clear space. Not falling asleep. Like a clear space, empty of hopes, ambitions, fears, and worries.

Stillness is a familiar aspect of meditation. Not so familiar is Leggett’s specification of emptiness. Clarity of mind is prized in the West, but budō’s clear space of the mind is much more radical, as the eradication of hope suggests.

This is the mindset sought by the karateka, in emulation of the classical Japanese warrior. The samurai, facing mortal combat, emptied themselves. The purpose was to facilitate lightning-fast fighting. In the face of expert attack, thought or feeling was an interruption that the samurai could not afford. Pausing to think, even momentarily, meant getting cut down. The samurai trained hard and long, over and over, until lethal technique became so completely natural that their bodies and weapons reacted much faster than thought.

Admittedly, the samurai were professional fighters for whom hope was particularly inappropriate, since they fully expected to die in service of their lord. Happily, that does not apply to very many karateka. The ideal of emptiness persists nonetheless, especially in the emptying of the self.

There is Zen fable which is popular in West. A professor goes to Japan to learn about Zen. He meets with a priest and asks to be taught. The priest begins to speak, but the professor repeatedly interrupts him, saying things like, “That is parallel to an aspect of Western philosophy that I know…” or “I have encountered much the same thing in my own research and pedagogy…” After several disruptions, the priest stops talking. He reaches for a pot and pours tea into the cup in front of his guest. But he keeps pouring even when the cup is full, and the tea overflows onto the table between them. Once more, the professor interjects: “The cup is too full! No more will go in.” The priest puts the pot down and says quietly, “If you are full with the knowledge you bring with you, nothing I might teach can enter.”

Emptiness is as functional for the scholar or student as it is for the warrior. Emptying oneself of one’s knowledge and expertise is necessary for being open to learning. There is a venerable Western academic analog: if one is ethnocentric and holds onto the correctness or superiority of one’s own world-view, then one cannot be open to the different ways of another time or place.

What that academic truism does not consider is the parallel problem of the fullness of the self. From the perspective of karatedō, there is nothing as close-minded as someone who is open-minded, because s/he is closed precisely to the ways in which s/he is not open. Likewise, if you know something, whether that is the nature of sociology or the nature of love, you lose the ability to think about it, because when something is known—when something is true—it is no longer open to question. And if you know yourself, you cannot inquire into what or who you are. I would go further: as long as you know yourself, you will remain ignorant of the world at large.

In karate, kumite  組み手  (sparring) is drill for fighting techniques, but it is also an opportunity to learn about the danger of self-esteem. It’s the old lesson from the samurai. If you start to think, “Hey, I’m pretty good at this,” you’ll get half-way through that thought before being punched in the mouth. You have to focus on the fight, not yourself. And if you’re going to be able to survive an attack on the street, you need to do the same.


A friend of mine went to a yoga class that finished with affirmations. Everybody chanted together, “I am perfect.” In karatedō, after class, we do not say that. We say nothing at all. Pouring with sweat and blood, we practice being silent and emptying the self. We are not perfect. We are just practicing the way.
Posted by Doug Aoki at 07:57