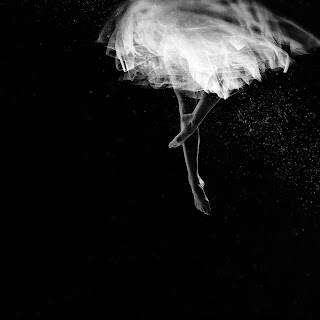 It’s grand and you canna expect to be baith grand and comfortable.

I’ve been taught to expect a certain precision in human relationships. In aesthetic terms, this means that one can’t expect to have both beauty and comfort. I assume you understand.


The fondness for comfort is rejected by karatedō. The intense physical demands of karate practice are a little different from the comforts of relaxing on the couch and watching reality TV. But the problem of comfort goes much deeper than that.

Consider the well-worn idiom, “s/he’s comfortable in her/his own skin.” In other words, s/he’s comfortable with who s/he is. This is presumed to be a very good thing in this society, but the novelist J. M. Barrie lays the groundwork for its critique: he says you can’t be both grand—superlative, beautiful, highly accomplished, or deeply virtuous—and comfortable. The current update of the idiom is exactly the opposite: the psychologically healthy person is comfortable precisely because s/he knows s/he’s grand, because s/he knows s/he’s special. This is the academic and pop-cultural strategy of combating the problem of low self-esteem, especially with respect to the body. You just need to recognize your own unique beauty, just as you are right now, and you will be much more comfortable with yourself.

Ronald Tanaka does not agree, and it’s not difficult to see why. Anyone who loves beautiful dance knows that it comes at the price of discomfort. Dance is hard; hard on the body and demanding of the spirit. But the perilous rigors of training result in something of rare and exquisite beauty. Compare a Kirov prima ballerina to the habitués of a night club.

Karatedō is the same. While the founder of modern karate explicitly cautioned about karate turning into dance—that is, movement whose prime consideration is looking good, rather than being effective in combat—there is an austere beauty in expert karate. It’s a subtle and not flashy aesthetic, but the movement is undeniably graceful, powerful, and elegant. The beauty of karatedō therefore comes out of the body, but it is also distanced from it. Someone who is plain but does very good kata is so much more beautiful in the dōjō than someone who is pretty but inept. The aesthetics matter, not because they are the goal of karatedō, but because they allow its purpose to be seen. Good form makes function visible and good form makes the function work. The graceful, powerful, and elegant strike is a killing blow.

But beautiful karate requires many hours and years of discomfort, and not only of the physical kind. “S/he’s comfortable in her/his own skin” is comfort as satisfaction with the self. Karatedō takes direct aim at that satisfaction; it is an endless project of working on the self (the body, the mind, and the spirit) in a determined recognition that the self needs to be better in all respects. On the feudal Japanese battlefield, being satisfied with oneself meant getting cut down by someone stronger, faster, and more adept. There was always someone better. Just like today.

The karate dynamic of beauty and comfort, of form and function, is also evident in writing. This is unsurprising, given the importance that budō has always placed on literature. But this is a dynamic largely ignored in the academy. A typical paper or book by a professor begins by saying what that professor is going to say in the body of the text and concludes by saying what that professor just said in the body: “In this paper, I will…” and “In this paper, I have…” This is standard rhetorical structure in scholarly literature.

It is also brutally ugly.

You won’t find it in Borges or Voltaire, or other great essayists of history. Nor will you find it in John Steinbeck or Julian Barnes. Because it’s really bad writing. It has no grace, no power, and certainly no elegance. Good writing is beautiful writing. The widespread excuse is that academic writing has different standards, that it’s not about pretty rhetoric, but rigorous substance. The writing may not be beautiful, but that’s because clarity is much more important. But if you write, “In this paper, I will…” etc, if you keep repeating what you say, you’re proving you’re not being clear, that your writing is not fulfilling its putative function of communication. If you’re clear, you don’t have to repeat yourself. The standard academic repetition is an admission of communicative failure.

Its failure goes even deeper. It’s a failure of imagination, as is any writing that is always structured the same way. It’s lazy, the resort to habit in the place of invention. And it’s a profound failure of pedagogy. Academics are, in general, such terrible writers, not just because of a lack of talent—although, with noteworthy exceptions, that is very true—but also because they were taught to write that way. Part of the professionalization of graduate students is turning them into terrible writers. As one sociology professor told me, students need to be taught to write everything five times in a paper. This is how the venerable tradition is perpetuated.

The logic of this failure of writing is bound up with comfort in its serious sense. It is the comfort of the support of the self. Professors write professionally; their sense of who they are depends on them being able to believe that they are highly skilled at doing so. So the possibility of them actually being bad threatens their very identity. It’s crucial that that danger be banished. But originality, creativity, and the inspired craft of poetics are very difficult. It’s much easier to follow a rote recipe and call it scholarship. So the material solution is the maintenance of an institutional apparatus, the academy, which regulates discourse to acclaim bad writing as good.

Still, the apparatus cannot be completely successful, just as it is impossible to cover up all the vast ocean of terrible professorial writing. Even professors themselves acknowledge it, albeit unwittingly. If an academic says, “This weekend, I’m going to read for pleasure,” s/he doesn’t mean sitting down with a stack of journals. That’s work; that’s toil; that’s not enjoyment. No one would boast about having read 300 pages if it were an effortless delight to do so.